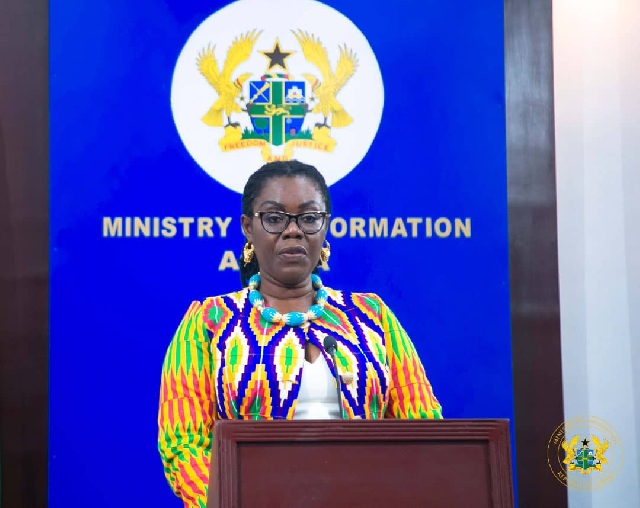 The Communications Minister, Ursula Owusu-Ekuful, in recent news has confirmed to the general public that all the substandard mobile devices that are imported into the nation is going to be banned to cut the cyber treats that have become rampant in the country.

According to the Communication Minister, these cheap smuggled devices are of low quality and most at times do have health implications on people who market such device in the country.

Ursula Owusu also indicated that the sale of these substandard devices on the black-market causes revenue loss for importers, government as well as its operators.

At a press conference in Accra Monday, the communications minister stated that “Ghana has about 34 million mobile devices subscribers with the mobile penetration rate exceeding 119%. It is a huge market for mobile devices. However, some subscribers use substandard and smuggled devices resulting in cybersecurity challenges, it also has health implications and poses revenue loss for importers, the government and operators.”

To address the challenges of the thriving trade of substandard equipment in the country, the minister noted that her outfit “will establish a central equipment identity registry to register all devices in the country and reduce the influx of stolen, substandard and counterfeit mobile devices.”

She added that the center, when operational, will have the capacity to block all unregistered mobile devices imported into the country.

It will also prevent these low-quality phones from having access to any Ghanaian telecommunication network.
The Ghana Central Equipment Identity Register (CEIR) will be connected to the global system for mobile communications association data base to access the unique identifier IMEI of approved all blacklisted devices.

This will ensure that all mobile devices entering the country are properly authenticated to notify the ministry of the scale of ‘used gray or black market devices’ in Ghana.

Click to watch Video below at the press conference:

Also: Unused Mobile Data Should Not Expire But Must Roll Over – Ursula To Telcos

Thanks for reading on ICT Catalogue and we urge you to help share this post across the various social media platforms. ‘China’ phones to be banned in Ghana soon – Ursula (Communication Minister).