Home » ICT Diary » Who Is Responsible For The Hacking Of GhanaWeb?

Who's Responsible For Hacking GhanaWeb

Today marks the 19th day of the month of July and its another day we talk about the hacked issue of GhanaWeb and we asking the audience of ICT Catalogue Who Might Be Responsible For The Hacking Of GhanaWeb and what’s his or her purpose for doing such.

On Thursday, the 18th of July from 6:00 as a confirmed time, was when visitors of the online news portal realized the popular entertainment and news publishing site in Ghana, GhanaWeb has been hacked and using for fun purposes by the hacker. This got people amazed as they were wondering what’s happening, what’s going on, what might be the cause, was it a joke or maybe it’s done by their competitor(s) as a result to stand different from them.

As today being Friday, 19th July, we then took another look at the homepage of the GhanaWeb’s Website as in how far have they gone by recovering from the hacking and this was what I got after visiting the website:

Who Might Be Responsible For The Hacking Of Ghanaweb ?

Well, staffs at ICT Catalogue decided to take a look at what might be the issue for someone to just wake and have the intention of hacking a fellow’s website by causing it down to loose all the traffic and organic reach it receives each and everyday. For a reputable website like GhanaWeb, it’s an official and credible website that is recognised by almost 70% of Ghanaians and such is why a lot of direct adverts are being placed on the site’s homepage including the sidebars, header, footer and also written adverts in promoting products for people and this hacking saga might lead to low sale for people that get online sales and audience online to their websites.

Many are of the view that the hacking was masterminded by the opposition party, National Democratic Congress (NDC)  to push their political agenda since minutes after the hack, pictures with the hashtag NDC & Victory 2020 was seen all over the site.

Hours later similar post was seen with the New Patriotic Party (NPP) before the site went on a blank white page making people wonder who the real hacker is and what he or she seeks to with the hack.

It is also projected that the hacker is trying to use political parties to divert the attention about who he or she really is.

The site is currently on maintenance mode – The technical crew of Ghanaweb.com has placed a maintenance notice on the site and it reads below;

“Ghanaweb.com is currently offline due to some technical challenges with our image server.

Our team is feverisly working to resolve this in the shortest possible time. We appologise for the inconvenience caused. Thank you”

We are hoping the are able to resolve the situation at hand as early as possible since it is one of Ghana’s most visited news hubs. 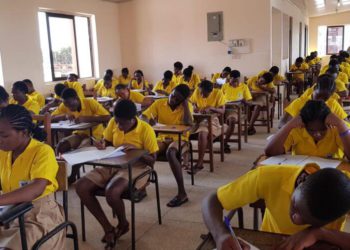 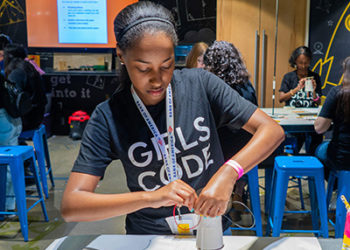 How Online Education Is Increasing Gender Diversity in STEM

Influence Of Technology On Social Interaction