Liberia Government Shut Down Social Media After Protest Against The President. The Liberia government has blocked the access and use of social media platforms as the general public protest ‘corrupt and creeping dictatorship’ today.

The citizens are not able to access the various social media sites due to amid protest against George Weah, the president of Liberia.

As indicated by the Internet Monitoring Organisation NetBlocks, WhatsApp, Instagram, Snapchat, Facebook, Google‘s Gmail service and the website of The Associated Press were among the sites affected. While the cut-off didn’t impact all providers, restrictions affected mobile internet provider Orange Liberia and internet service provider Lonestar. The social media shutdown was confirmed by assessing user measurements in the Liberian capital and in collaboration with the digital advocacy Collaboration on International ICT Policy for East and Southern Africa. 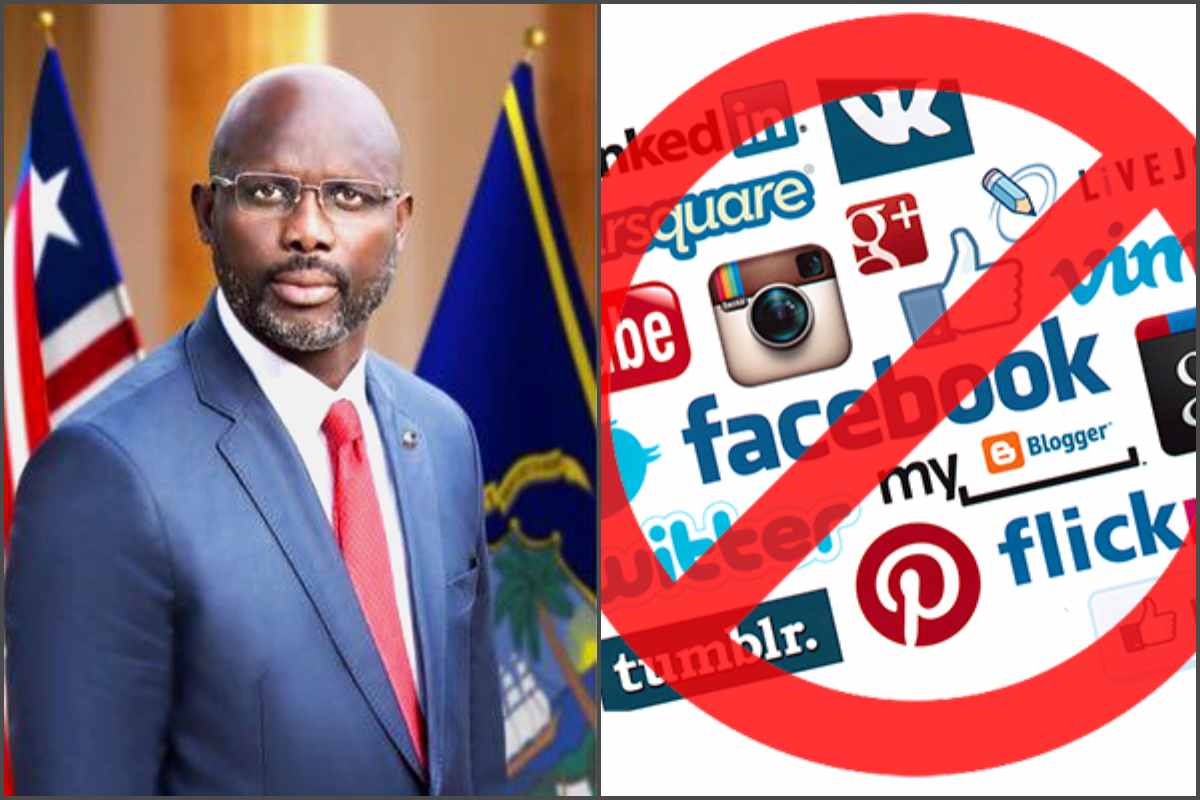 Dubbed “Save The State,” the anti-government protests come just over a year after the former soccer star George Weah was inaugurated into administration. As an outsider, Weah’s campaign was about tackling corruption, and improving the provision of crucial services like health, education and infrastructure in the country.

A few months into office, the government, however, admitted that $104 million of freshly-minted currency had gone missing in a shipping container at the Monrovia port. After an uproar, officials retreated insisting the money was never lost. An additional $25 million, withdrawn from the country’s reserves and meant to be injected into the economy, was also lost.

Also read: Going For MTN TurboNet With Internet Surfing Speed Up To 300MBps

Despite calling for the return of the missing millions, demonstrators were also in demand for the establishment of a war crimes court to institute legal proceedings against those who bear the greatest responsibility for atrocities committed during Liberia’s civil war.

While the government denies the reports as wrongdoing from the Liberians, the alleged financial mismanagement is disturbing a lot of Liberians who feel the country is heading into an ominous future. The Liberian dollar has also dropped by a third against the US dollar since Weah took office with inflation soaring as high as 28%. The high-level embezzlement cases and the ensuing protests are vexing for Weah, whose election heralded the first peaceful transfer of power in Liberia in 73 years.

Currently, Africa’s oldest republic joins the list of African states such as Algeria and Sudan who have blocked the internet during anti-government protests. The move “is an affront to free expression and it stifles the right of Monrovians to assemble and criticize leaders,” says NetBlocks director Alp Toker. Liberia Government Shut Down Social Media After Protest Against The President.