Huawei Confirms The Name Of Its New OS

Huawei Confirms The Name Of Its New OS. Huawei’s new operating system confirmed to be released soon. The chinese mobile giant, Huawei, was reported last week banned by Google making the company not able to use Android OS in the near future. This as a result caused by an order from Trump’s administration making Huawei to start building its own operating system just in case US tensions disrupt use of Google’s Android operating system.

Huawei Technologies, the largest smartphone vendor in China, confirmed to us about building an operating system just to replace Android OS, of which it still does not reveal the name but according to rumors, the name will be known as HongMeng OS in China.

As a fact, the Chinese mobile giant, Huawei has also registered the new Ark OS brand in Europe, which should be out in late 2019 or latest by 2020 according to confirmation. Huawei Confirms The Name Of Its New OS.

Despite this, five brands that are, Huawei Ark OS, Huawei Ark, Ark, Ark OS, and Huawei Ark Compiler are requested to be registered in Europe. At the EUIPO (European Union Intellectual Property Office), applications were made on the 24th of May exactly at the property office.

While the well-known Chinese media portals say that Chinese smartphone manufacturer, Huawei has been testing a system known as HongMeng OS, with plans to use it gradually as a replacement for Android.

Looking at the new OS by Chinese mobile brand, the name itself may look confusing, hence, the all-new that is the “Ark OS” would be more suitable outside of China.

China Business Network as a media portal reported to us that the all-new OS of the Chinese mobile brand, Huawei could be running all the Android applications and, they can perform up to 60% more powerful, it they are recompiled to run natively, the “Ark Compiler” is capable of doing that.

Richard Yu, being the head of the consumer electronics division of Huawei, stated that all-new OS of Huawei will include AppGallery, that is an alternative to Google Play Store which comes pre-installed on its smartphone outside China.

However, the executive stresses, that the system will only be released if the company continues to be prevented from using Google and Microsoft products.

Hence, there shouldn’t be an expectation to see the all-new operating system (OS) of Huawei, the “Ark OS” anytime soon. As according to the head of the consumer electronics division of Huawei, Richard Yu stated that, the operating system should be ready in the fourth quarter of 2019 for launch in China. While now talking about the global version, there can be a clarification that the global version of Ark OS would reach in the first or second quarter of 2020.

While recently, a Middle East executive of Huawei told that the all-new Ark OS would already be ready for launch in June. The company quickly denied this, reiterating that it could be ready by the end of 2019 for China, and internationally by 2020, of course, the global version. Huawei Confirms The Name Of Its New OS.

Zipline Is Helping The Medical System To Fight Coronavirus In Ghana 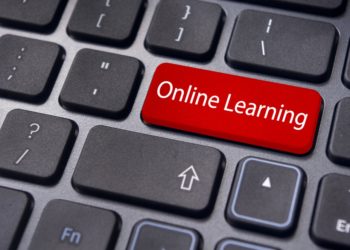 After Huawei, OnePlus Is The NEXT To Get BANNED?

All You Need To Know About Telesol Ltd