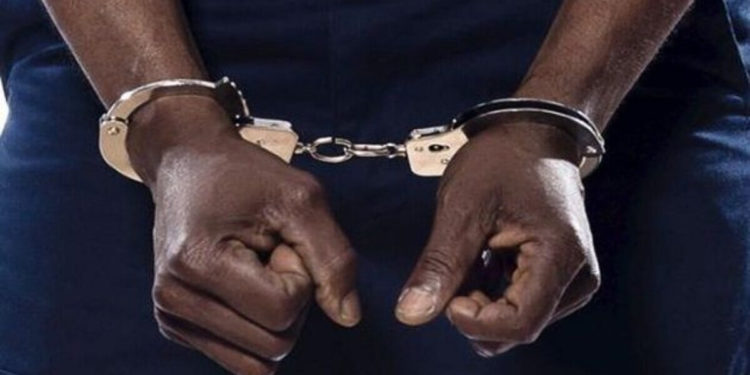 The recent outbreak in Ghana has helped us to confirm from sources that — the software for Universal Bank in Accra has been hacked by six (6) alleged people.

With this, six people have been arrested in connection with the hacking of a Universal Bank in Accra, which led to the illegal transfer of GHS46 million into accounts of eight people in different banks.

On tackling this particular issue, the Cyber Crime Unit of the Criminal Investigations Department (CID) of the Ghana Police Service arrested a former banker and owner of Adom Sika Savings and Loans Limited, Sam Acquah, and a web developer, James Taylor, believed to be the masterminds of the cyber crime.

With this, others named Hudu Abdul Mumuni, Emmanuel Adams, Moro Issah and Agbenu Febous Chrissy — were picked up when they showed up at various banks to withdraw the money transferred into their accounts through the illegal wire transaction.

Two other suspects said to be part of the syndicate, who have been identified only as Boateng Mends and Pussy Cat, are on the run.

Regarding how this happened, it was revealed that — the cyber hackers allegedly logged into the banking software of the bank remotely and used the login credentials of some members of staff of the bank, some of whom were on leave, to effect the illegal transfers.

According to the Director of the Cyber Crime Unit of the CID, Assistant Commissioner of Police (ACP) Dr Gustav Herbert Yankson, he confirmed that on July 2, this year, the unit received a complaint about the fraudulent wire transfer and immediately alerted the banks where the money had been transferred to prevent withdrawals.

“We moved in and blocked the accounts into which the fraudulent wire transfers were made. This prevented the bank whose banking software was hacked from losing the money,” he explained.

The management of the bank, on detecting the fraud, also disabled the SWIFT server immediately to prevent further transfers, after which the banks involved were alerted to prevent withdrawals.

He said investigations launched into the incident showed that 13 fake SWIFT transactions were fraudulently made, with the money transferred to the bank accounts of eight individuals in different banks between 1 a.m. and 10 a.m. on July 2, this year.

ACP Dr Yankson said four men showed up at different banks to withdraw the amount that had been wired into their accounts illegally.

He said the Cyber Crime Unit had since taken the server log-in details, which were being analysed as part of investigations, while devices retrieved from the suspects were being taken through forensic examination.

He said efforts were underway to arrest the two suspected members of the syndicate, and that those arrested were being prepared for court.

ACP Dr Yankson noted that in the last four months, the unit had received complaints of similar attacks against a number of banks in the country.

The incidence of attacks, he said, was usually on automated teller machine (ATM) networks, saying investigations had revealed that most of them occurred with the help of insiders (bankers).

He, therefore, advised banks to comply with the Bank of Ghana’s (BoG’s) cyber and information security directive and urged the central bank to strictly enforce the directive to forestall such attacks.

The BoG Cyber and Information Security Directive provides a framework for establishing cyber and information security protocols and procedures for routine and emergency scenarios, inter- and intra-company communication and cooperation and coordination with government authorities.

It also covers the establishment of reporting mechanisms, physical security measures and assurance of data and network security.

The directive, which applies to all regulated financial institutions and any other entities regulated by the BoG and its affiliates, came into effect in January last year.

ACP Dr Yankson called on banks to enhance the security of their ATMs and also install closed circuit television (CCTV) cameras around ATMs to monitor the activities of customers and bank staff.

For the public, he urged them to remain calm, as all measures were being pursued to ensure that banks were well protected.

In summary, – Bank Software Hacked In Ghana. Six people have been arrested for reportedly hacking the software of a bank and have transferred an amount of GHS46 million into accounts of eight persons in different banks.

You’re free to share this information to spread across the various social media platforms.