I believe each and everyone knows more about Tesla and how Elon Mask is utilizing on the power of technology to make life so simpler in today’s evolving technology world.

Tesla recently broke ground on Gigafactory 3 in Shanghai and has grand ambitions in China but it faces serious competition there from a mix of Chinese and foreign automakers already manufacturing electric vehicles there, for example: BYD, BAIC Group, SAIC and Nio; and BMW, Mercedes, Audi and Toyota.

CEO Elon Musk recently warned that without manufacturing in China, Tesla won’t be able to produce 10,000 Model 3 electric sedans per week (as the company has aimed to do for years) and won’t be able to offer the eagerly awaited base model at a price of $35,000.

“Bottom line is we need the Shanghai factory to achieve that,” Musk said on the company’s 2018 fourth-quarter earnings call.

However, Tesla — like other U.S. automakers — faces considerable competition in China.

According to Michael Dunne, founder of automotive advisory firm ZoZoGo, “China produced half of global electric vehicles last year. The U.S. produced about twenty percent. China is clearly way out in front in terms of size, production and scale.”

Electric vehicle makers that are already up and running there include:

A bevy of electric vehicle startups are on the rise in China too, including Byton and WM Motor Tech.

Chinese automakers have benefited from some $60 billion worth of subsidies and incentives since 2012, designed to make new energy vehicles affordable for Chinese drivers, according to ZoZoGo.

But as Musk recently bemoaned, Tesla hasn’t been able to cash in on those subsidies and tax incentives. As a result, a Model S that would cost around $80,000 in the U.S. today would cost around $140,000 in China after taxes, for example.

Tesla’s vehicles will probably remain very costly in China until the company begins manufacturing at its planned factory there in Shanghai.

Even though Tesla broke ground on its Gigafactory 3 in Shanghai, the company has yet to publish an 8-K filing with the SEC showing that it has secured funding, or secured a material partnership, to build it out.

Recommended: The Use Of Biometric Technology In Elections

We hope to bring you more updates on ICT Catalogue and will urge you to kindly subscribe to this account for our everyday updates. 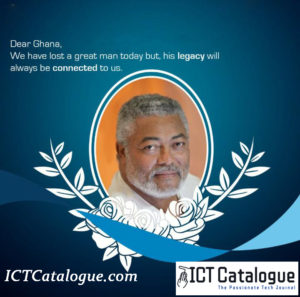