Slow internet and sea cables – Three things to know about The “sea cables”.

Do you know that MTN Ghana’s internet is propped up by a series of underwater cables in the middle of the ocean? Well if you don’t know, then MTN Ghana is a subsidiary of MTN Group Limited And Here’s why we were struggling Since Friday. 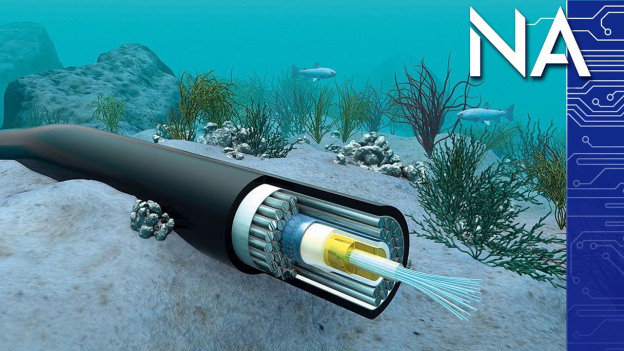 It’s sometimes boring to be on a slower internet connectivity, and since Thursday, January 16, 2020 has brought moments of slower network connectivity to Africa as it was reported that two major cables connecting us to European networks have both suffered major technical issues.

What you need to know About Slow internet and sea cables.

As per information sighted by TheSouthAfrica and popular news breaking website in South Africa Headquarted in United Kingdom, the sea cables stretch across grand distances underneath the planet’s oceans, that is linking major routers of each country to both neighbouring and far-away systems. When one supplier into South Africa goes down, it’s bad news. When two throw in the towel, we end up with this nationwide sluggishness.

With this, Africans out to know that the South Atlantic 3 cable has suffered a breakdown near Libreville, Gabon. The network that connects Mzansi with the Iberian countries of Portugal and Spain. This tells us that the West Africa Cable System is the other faulty system.

How The Sea Cables Work And What To Know.

The commonly used term is known as “submarine communication cables”, the wires are fixed to the sea bed between land-based stations. Fibre-optic materials are what most international data goes through — approximately 99%.

Specially modified ships are employed to crawl across the sea, and slowly seal the cables in place. Up to 2000km of cable can be on board these vessels at any given time, and 150-200km can be laid per day. To combat connectivity challenges, the wires are installed with optical repeaters to help boost the signal.

When Ghanaians Expect A Solution?

The internet is one thing we can’t do away with when we’re using our gadgets and devices and this has become part of human in such that, a day without the internet makes a boring moments like never before. The only we may be expecting right now is internet speed should pick up in Ghana as well as Africa sooner or later. Internet Service Providers are already working on rerouting some of their heavily affected networks. However, we can specify the actual date to solve the issue but the issue may persist over the weekend and into late January. Diagnosing the problem and finding the correct location is no easy task and such is why telecommunication companies do send notification to its subscribers in the form of an apology.

This is all you may need to know for today and we’re hoping to get more information and report to you now via the Ghana’s Passionate Tech Journal with ICT news, ICT Career and Exams, IT scholarships, IT Jobs, IT Schools, Tech apps, reviews, IT tips and tricks.

In summary, ‘People think that data is in the cloud, but it’s not. It’s in the ocean.’ and this article gives a brief about what you should know.