In today’s article, I will provide for you the list of Apple iPhones, specs, prices, and some of the recommended shops across the country you can shop any of these phones from.

Apple devices are one of the most cherishable devices in the world. With their unique and outstanding features, Most people have come to love these electronics.

The idea of these kinds of operating systems for mobile devices came 13 years ago when Apple decided to create the first iPhone 3. As of today, Apple has released a total of 20 iPhones and still on the verge to release more.

In our previous post, we’ve talked about some of these iPhones and their features. In this article, we are going to look into each of the iPhones that have been released by Apple from 2007 to 2020.

We shall look at each of these models based on their category and the year of release.

In this article, I will like to highlight these List Of All Apple iPhones Specs And Their Prices for you.

These are the List Of All Apple iPhones with their Specs And Prices in U.S. As the name suggested, this model of Apple iPhone was centered on 3G and was the second to be released after Apple decided to come out with their iPhone. The iPhone 3G has a screen size of 3.5 inches (8.89 cm) with a  screen resolution of 380 x 420 pixels, giving it around 165 PPI.

The Apple iPhone 3G was announced on June 9, 2008, and made officially for sale in the month of July. As Apple continues to make changes to this flagship phone brand, they decide to release the iPhone 4. The iPhone 4 was the first iPhone to have a front-facing camera with a retina display.  The Ram was about 512 MB memory, which has the capacity to operate faster than the iPhone 3GS, which only had 256 MB of memory. The iPhone 4 also as was left with a 32 GB as the maximum amount of storage the iPhone could hold.

ALSO READ:  Latest Apple iPhones And Their Prices In Ghana 2022 This generation of iPhone was the first to make use of the ultra-fast LTE networks being offered by AT&T and Verizon at the time. When iPhone 5 was released, the camera stayed the same as that of 4 and 4s but the memory was boosted all the way up to 1 GB.  While the iPhone 5 didn’t come with many features but has brought in some improved features to that of the earlier generation. The iPhone 5 has an improved Siri, Apple Maps with turn-by-turn navigation, Apple Passbook (the precursor to Apple wallet), Do Not Disturb, FaceTime over cellular networks (previously, it only worked on WiFi), and Facebook integration. The iPhone 6 was introduced in the year 2014 and a year later(2015) the 6s Plus was also introduced. There is no much difference between the 6 and the 6s plus. The iPhone 6 has a display that is 4.7 inches (diagonal) with a flat curved front edges made with glass. while the display of 6s plus is 5.5 inches (diagonal). The front is also flat with curved edges and is made of glass. The back is anodized aluminum with a laser-etched “S”. The Sleep/Wake button is on the right side of the device. 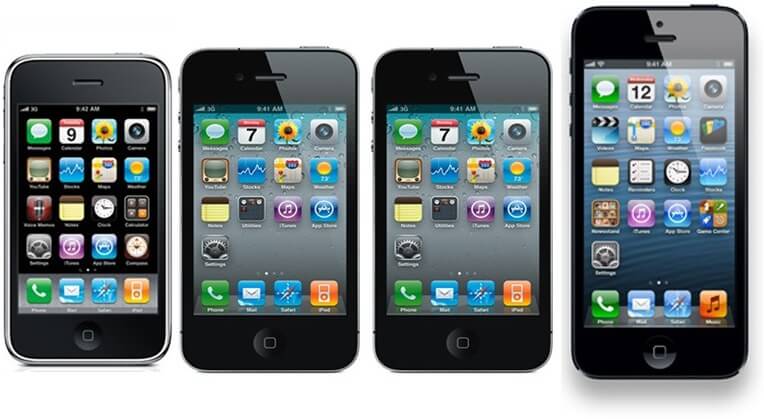 The apple S series were introduced to take care of some bending issues with the former. Just like we rightly mention, the 3Gs introduced the 32 GB storage as opposed to the 3G which has only 16GB storage. It was in this S series that apple introduced the Appstore. The camera got an upgrade to 3 MP and added video recording. The camera of the iPhone 4S has also been upgraded from 5 MP (iphone4)  up to 8 MP with the storage now being 64 GB. The iPhone 5s, on the other hand, came in with Touch ID, dual flash, and slow-motion video. The iPhone 7 and 7 plus was introduced a year after the 6 and 6 Plus were released. Taking a look at the iPhone 7 and 7 Plus one may not see a much different from the iPhone 6 and 6 Plus, But when given a second looked, you’ll notice an apple headphone jack was not available in the iPhone 7 and 7Plus. It was in this generation of iPhone that apple dropped the 16 GB base model phone, by doing so, they decided to increase the storage up to 256 GB. 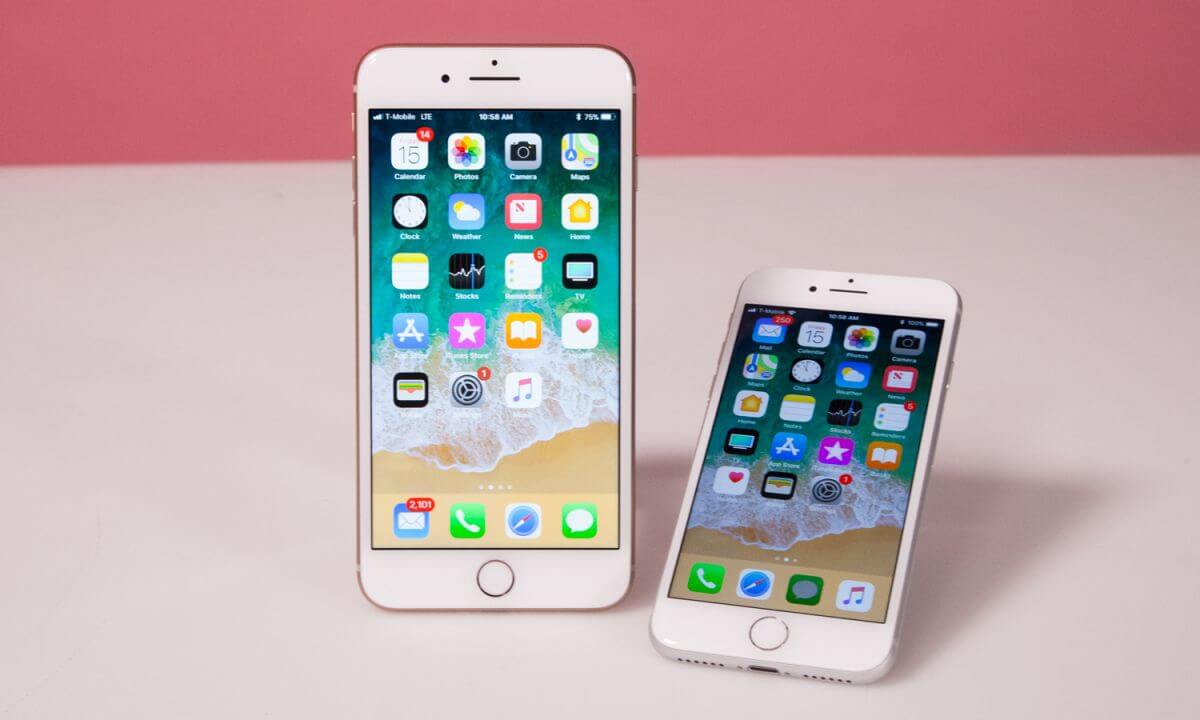 The iPhone 8 came back with a display of 4.7 inches (diagonal) with a front glass flat curved edges. The wireless charging feature of the iPhone was introduced in the iPhone 8 and 8 Plus with the glass cover on the back on the iPhone. The device has a solid-state Home button with Touch ID. There’s a Quad-LED True Tone flash on the back and a SIM tray on the right side that holds a “fourth form factor” (4FF) nano-SIM card. 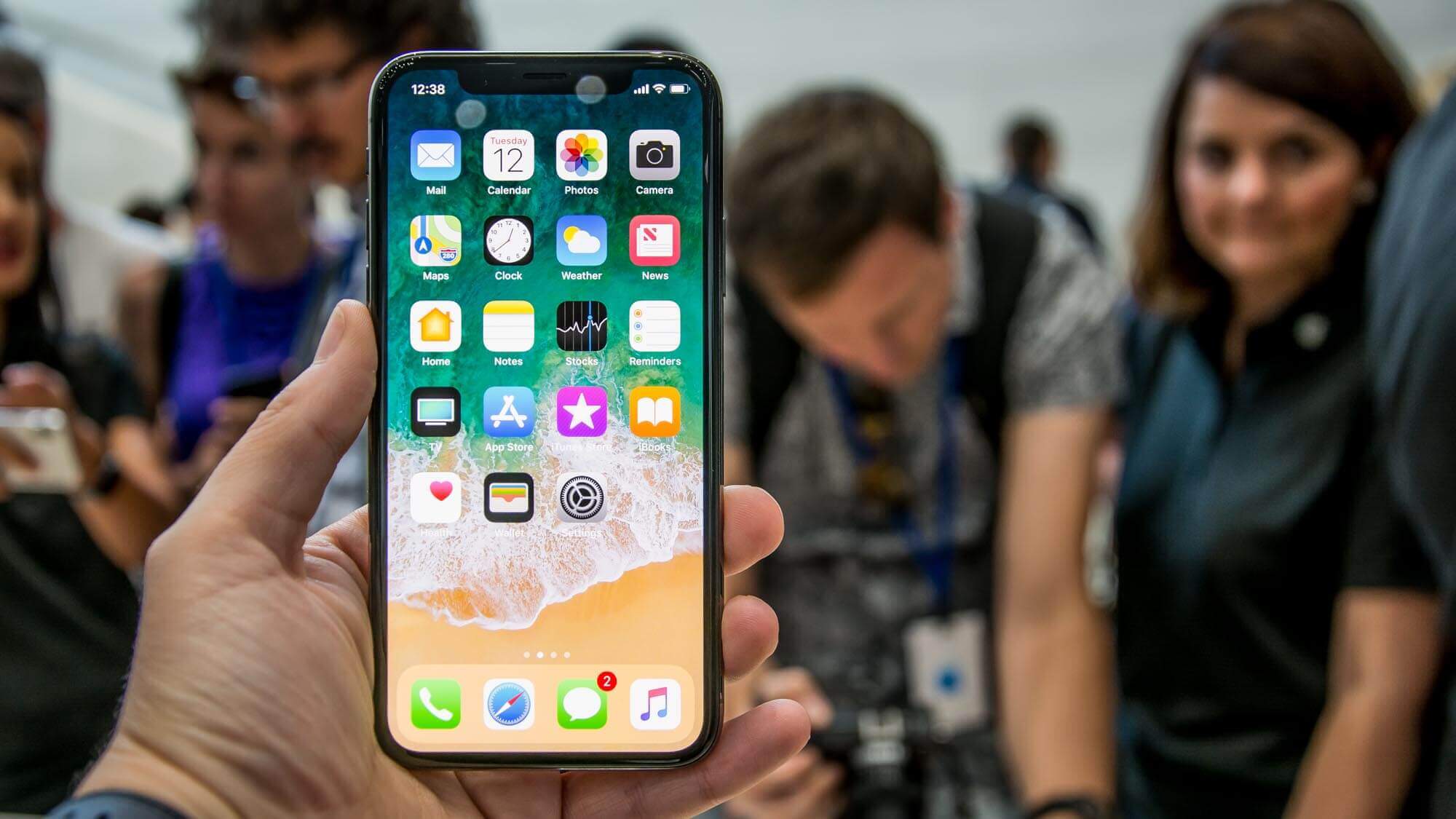 iPhone X has a 5.8-inch all-screen Super Retina display. The back is glass, and there’s a stainless steel band around the frame. The side button is on the right side of the device. There are 12 MP wide-angle and telephoto cameras on the back. It was in this generation of iPhone that apple Do away with the Home button with no Touch ID. the iPhone X has facial recognition, screen unlocking. The iPhone XR was introduced alongside the iPhone 11, iPhone 11 Pro, and iPhone 11 Pro Max on September 12, 2018. It has a 6.1-inch LCD with a 1792 x 828 resolution that spans from edge-to-edge and top to bottom with minimal bezels. The iPhone XR features a precision-machined 7000 Series aerospace-grade aluminum frame that wraps around an all-glass enclosure with the same durable glass used in the more expensive iPhone XS. the iPhone XR has some features of the iPhone XS and XS Max. 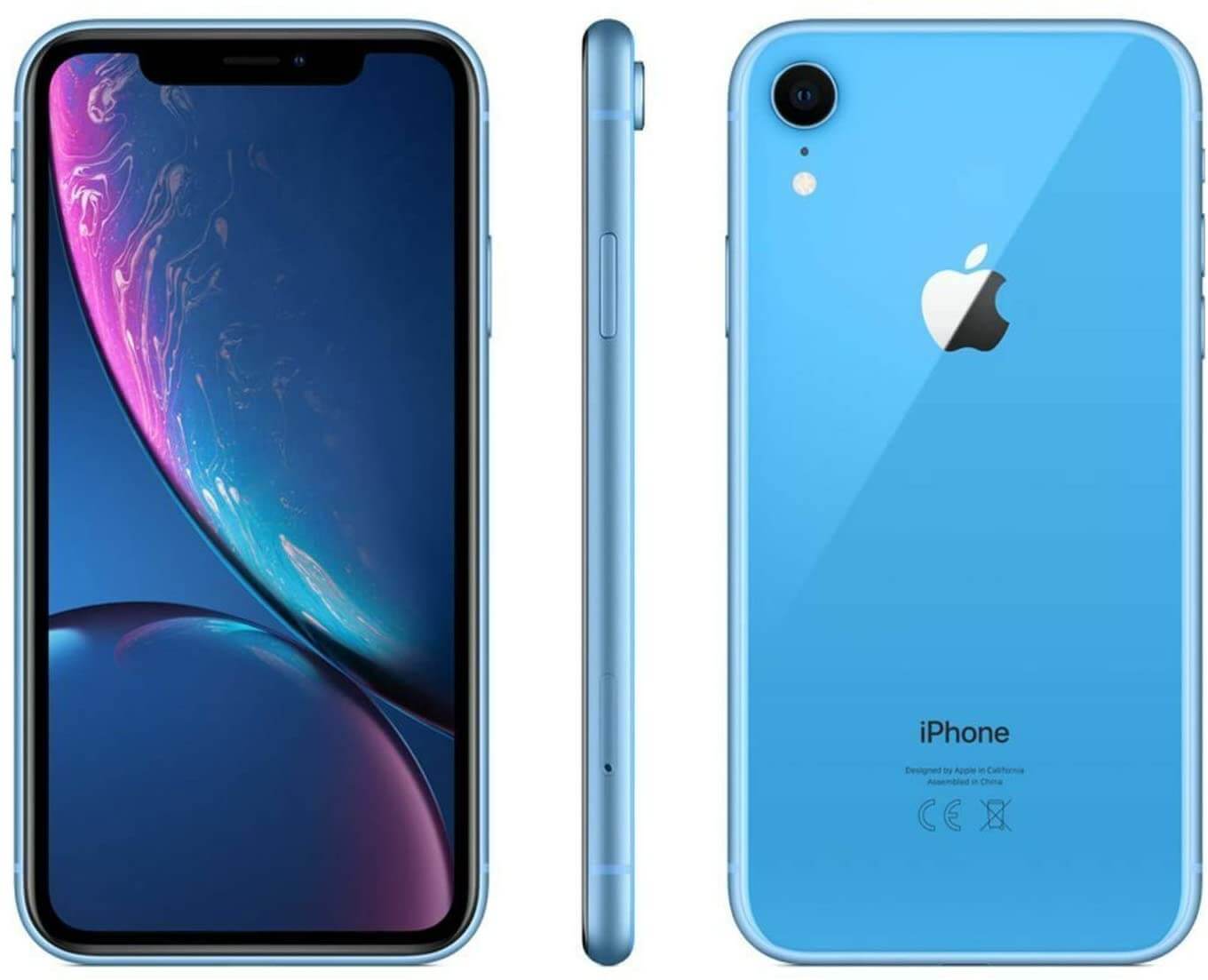 The XS and XS Max were announced by Apple at its September 2018 event in the Steve Jobs Theater. This upgrade was to improve upon the iPhone X. iPhone XS has a 5.8-inch all-screen Super Retina display while the iPhone XS Max has a 6.5-inch all-screen Super Retina display with both having a back is glass and a stainless steel band around the frame. Both models had the front-facing camera for Portrait-mode selfies. 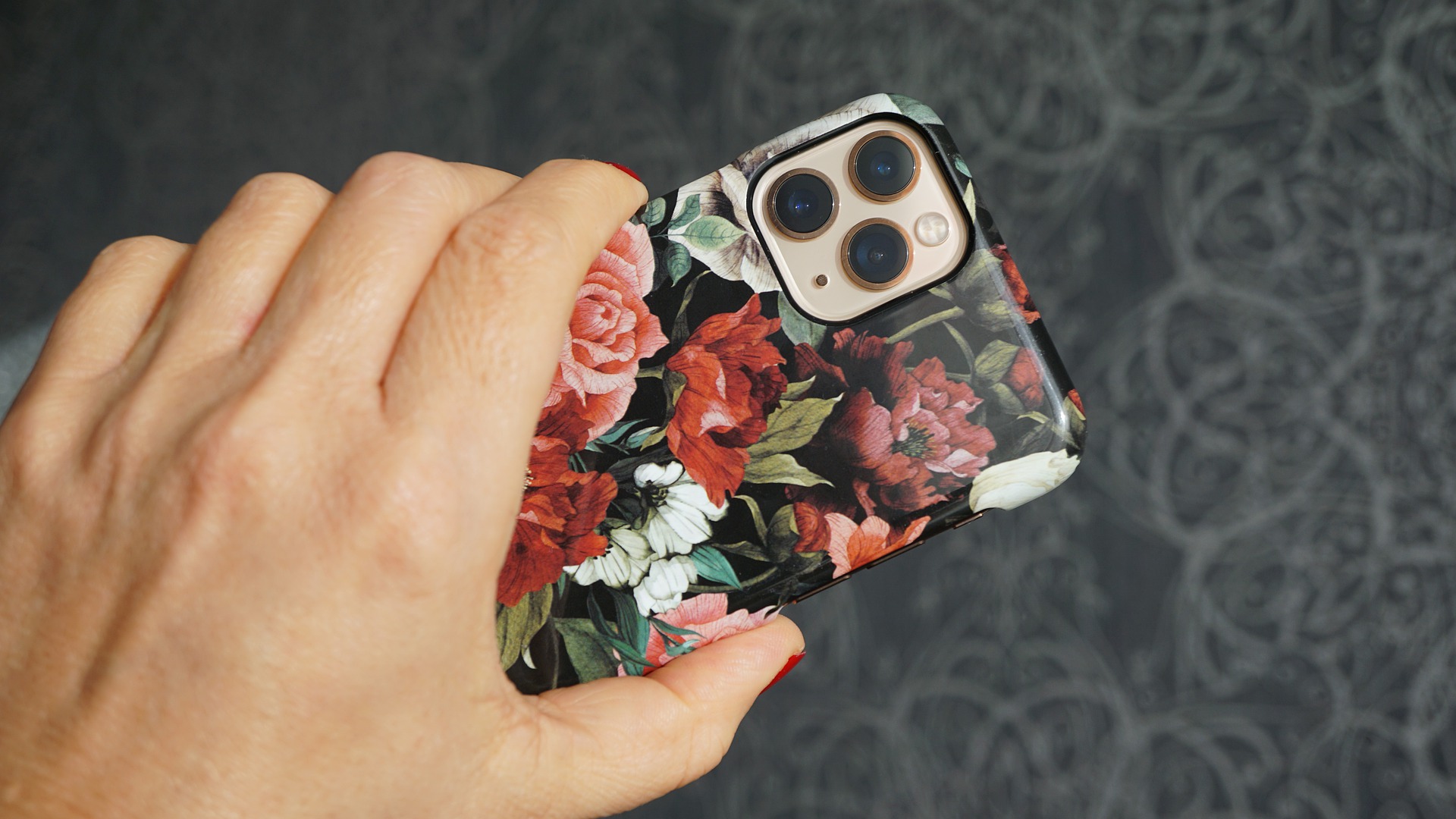 The iPhone 11, 11 Pro, and the pro-Max were part of the Apple flagship products introduced in September 2019. the iPhone 11 has a 6.1-inch Liquid Retina display and comes in six crisp colors. It comes with a  rear camera consisting of a 12 MP (wide) + 12 MP (ultrawide) lenses. The smartphone is fueled by a Non-removable Li-Ion 3110 mAh battery + Fast battery charging 18W: 50% in 30 min + USB Power Delivery 2.0 + Qi wireless charging.  The 11 pro has a 5.8-inch Super Retina XDR display serving as Apple’s most crisp, and clear to date. This phone features not two, but three, 12 MP HDR camera lenses. The Pro Max features the same, three-lens camera setup as the 11 Pro, as well as the same color choices, making size nearly the only difference between the devices. 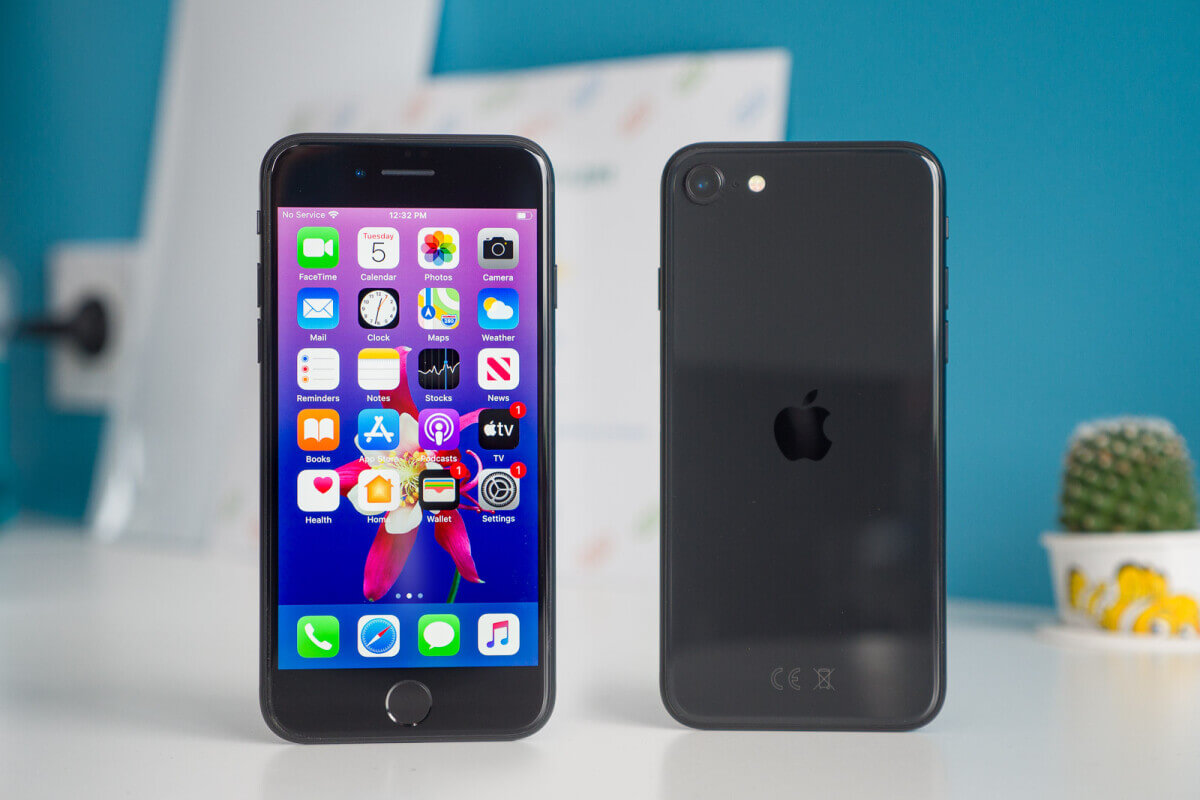 The new iPhone SE features an iPhone 8-style design with a 4.7-inch LCD display and Touch ID. The rear camera is a 12-megapixel one, while the selfie shooter is 7MP. The phone is powered by Apple’s A13 Bionic chip combined with 64GB of internal storage as standard, although 128GB and 256GB variants are also available 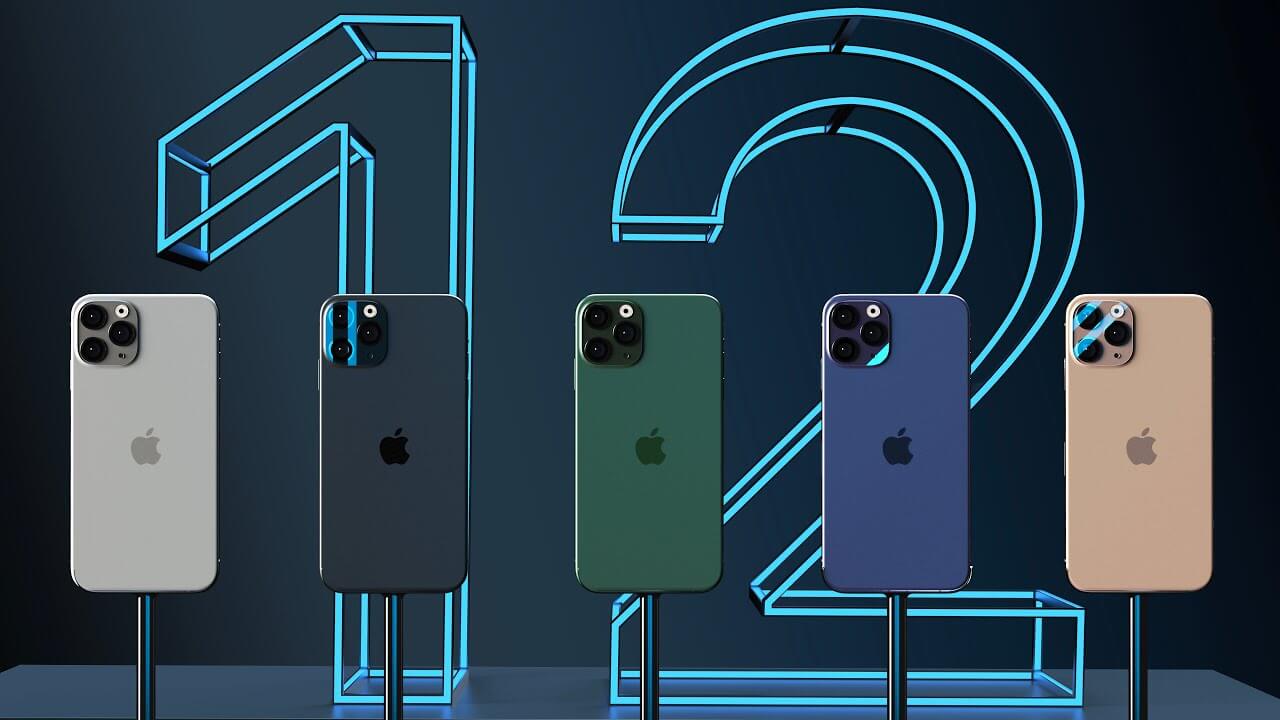 Apple Inc launched the iPhone 12 not long ago, and Apple iPhone lovers can’t wait to start ordering for this phone when it will be available in the market.

With great features and specs, there’s nothing like taking Portraits that turn out fine with many improvements than the previously produced iPhones. Despite portraits, Selfies taken on the iPhone 12 are lovely — as compared to other iPhones in the market. The new iPhone 12 is not only meant for photos, but you can use it for a great video that comes with a quality camera just like a video camera with a lens.

The latest iPhone 12 series is noted as the new iPhone family from Apple Inc. These are the specs and features below.

If you are in the U.S, the best shop to visit is any Apple iPhone shops or Verizon shops in USA to check out the prices of any latest Apple iPhones today.

If you happen to be in Africa, you can check any of your local smartphone sales outlets and ask for the price of any latest iPhones to buy now.

In summary, I am glad to keep you updated on the List Of All Apple iPhones Specs And Their Prices — with some of the recommended shops, you can go and make an order for any of these Apple iPhones from today.

Also: How Technology Has Increased Social Gaps In Education