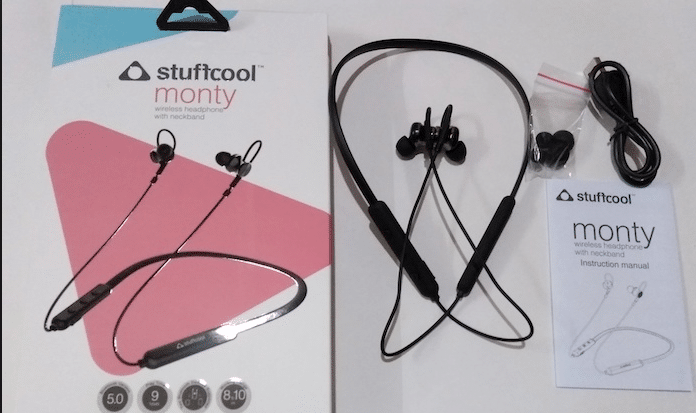 In the wireless earphones, the neckband style is running on the peak which is generally comfortable and doesn’t feel too bulky. Stuffcool Monty is one such kind with nice neckband, an in-line remote, microphone and a Micro-USB port for charging. The earpieces get a silver touch and the wire can be adjusted so that you can customize your fit. There is no change felt with this adjustable wire option as they nearly feel the same. The fit was never the best one and the earpieces tend to come out often. This takes away its noise-isolating feel too.

ALSO READ:  What To Know About Ghana’s Status In Digital Businesses

You can easily get great discounts on electronic devices using Flipkart Offers.

Stuffcool Monty gets the plastic body which doesn’t feel premium at all but rough and more mediocre feeling attached to its roughness. Yes, we agree that it is an affordable set of earphones, but they must have given some attention to its finish. Something that is likable about this product is that each earpiece can be attached together when not in use- thanks to the magnets in each of them. The only purpose of magnets is to make them tangle free. So, you won’t get that pausing or playing the music when they are attached or they are kept away. It is not like the Realme Buds- sad!

The Stuffcool Monty supports Bluetooth 5 and packs an 180mAh battery. The battery can easily give 7 hours of battery life on a single charge which is pretty good. The Bluetooth worked perfectly fine and the connection remained stable during the music play. You can connect two devices simultaneously to Stuffcool Monty. So, it is really easy to switch from PC to your smartphone.

The Stuffcool Monty is a great pair when it comes to the price range. It is hardly felt that this price has any impact on its sound quality and performance. Stuffcool Monty’s sound quality isn’t something to go gaga after- it is dull and not even exciting. We were excited about the connectivity and battery life but sound quality lets the product down. Listening songs on this pair don’t give any thumping bass, everything was plain and one dimensional, sometimes rough and dull too. Even the softest ambient sounds will ruin the mood- all thanks to its weak and dull noise isolating feature. 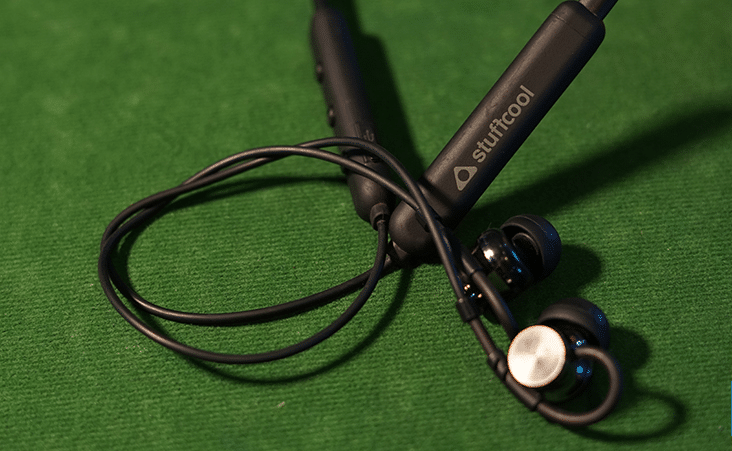 If you are looking for a bassy set of earphones, then don’t even look at this pair. The vocals easily get lost in the music and that too feel screechy at highs and not even audible at lows. Only positive sound quality comes at mid-lows where everything ends up in one dimension- music and vocals- so that you can hear the song clearly. Overall, it is a flat headset. Listening music below 50 percent will give you the best out of Stuffcool Monty as at high volume it all becomes screechy- blood coming out of your ears. The soundstage is narrow and poor and you won’t find any different touch while listening to different genres.

Coming to how it sounded on voice calls, it gives a decent performance at that niche. You can hear the surrounding sounds just because of the poor noise isolation. So, if you are the one who needs to pay equal attention to the outside world, then these might come in handy. In addition to this if you are looking for technical lead jobs then it could be best chance to try it.

Coming at the price point of Rs. 1,999, the Stuffcool Monty does put some things on the track but looking at the bigger picture, it is mainly going off track. You might get good stability in connections, good battery life, decent calling but it all comes down to sound quality at the end which is very poor and damp. So, recommending it becomes really hard. But, if you are looking for some casual listening, you can drop some cash on Stuffcool Monty. At a very low price, it is the best option for such listeners seeing that the battery life and stability is really good.