Is social Media Making us Unsocial?

Is social Media Making us Unsocial?

Gone are the days when we used to play in grounds and hang out with friends at different places. Over the years things have got changed and people have become addicted to technology and feel fascinated. The contemporary cell phone devices connected to the internet have become a serious danger for mankind. Today, everyone is obsessed with cell phones in terms of social media and instant messengers. People are even sitting together at a restaurant having a meal but at the same time using a cell phone.

They use social media platforms and ignoring each other conversations but to have a chit chat with friends and loved ones online. It clearly means that social media is making is unsocial and we are going to be alienated from our social lives and people and friends living beside our houses. The use of Facebook, WhatsApp, Messenger, Instagram, Snapchat and others alike has been penetrated in our young generations DNA. 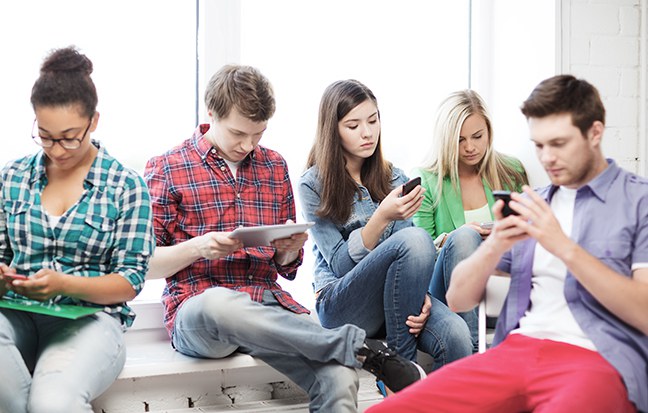 Today we used to see people at bus stations, Airports and even in our offices’ people just stick with their digital devices and are unaware of the surrounds. People spend time on social media in sending and receiving text messages, chats conversations, audio video conversations, shared photos, videos, and Voice messages. All these activities when comes to gather anyone’s life frequently the user would have no time even to blink eyes for a moment.

ALSO READ:  How to Fix the BSOD Stop Code in Windows 10

According to a Survey Findings;

The generation who has opened their eyes in the modern technological world and they are about to be an adult known as “millennial”. They are the ones who are tech-savvy and seem to spend most of the time on social media.

Here is a relevant infographic to understand this survey – Is social Media Making us Unsocial?

That’s why they happen to be less social as compared to their predecessors. A study held by Flashgap, modern youth is used to of missing their conversations while sitting next to each other because they are distracted by the technology in terms of cell phones and social media.

In addition, almost 54% of the social media users have reportedly stated that they always have a fear in mind that they are not checking cell phones updates in terms of messages, calls, chat and social media apps.

The technology in terms of cell phones, gadgets and computer devices connected to the cyberspace simply creating an imminent sense of isolation among the modern youth. The social media and instant messengers activities such as messages, text conversations, audio video conversations, sharing multimedia and other activities frequently cutting us from our friends, family members, and loved ones.

People just used to make cell phones calls and messages to have conversations with someone and don’t want to meet them in real –life on a regular basis.

In short, the young generation has forgotten to interact with friends face to face, don’t have these days real smiley or disturb faces but we are used to sending stickers via social messaging apps.

We are lacking to understand someone’s real feeling and emotions and today texting has the factor of breaking in relationships due to one way of the communication.

How can we stop youth to be unsocial due to social media?

All we need to do is to set parental control on kids and teens devices in order to decrease their screen time. Therefore, parents desperately want to change the life course of the children. In the past, parents used to stop kid and teens to go outside the premises of the house without consent.

ALSO READ:  Liberia Government Shut Down Social Media After Protest Against The President

Nowadays, parents have changed their opinion due to excessive use of technology and they really want children and teens to do extracurricular activities rather than sticking with the technological devices all day long.

However, not only just kids but parents also do the same that really leave the impression to kids. So, parents can protect teens from social media obsession, dangerous online activities and other activities online using cell phone spy app. it certainly empowers parents to know what makes kids and teens spend hours and hours on the social media and cell phone usage with a time stamp.

Simply use cell phone parental control app on teens and kids devices to stop them from being unsocial due to social media.

Next: 10 Things You Need To Know In Technology Today

In summary, Is social Media Making us Unsocial?, is a general topic we can discuss about via the comment box below.