Apple Card – Everything About The Apple’s New Credit Card

Apple Card – Everything About The Apple’s New Credit Card. Apple is here with its new credit card and wants a permanent and safer place in your wallet, and to begin this summer, you may be able to give it a try.

Apple Inc on official announcement on Monday, made it that it’s launching Apple Card, which is a new credit card made for the iPhone. This new card, which is both digital card found in the Wallet app and a physical Master Card, is there to make easy to use and easier to understand than most conventional credit cards, according to the company (Apple). The company then boasts of some intriguing benefits like, no fees and a daily rewards program for its cherished users.

Despite this, as with any new credit card, it’s important to read the fine print in order to understand if Apple Card makes the most sense for you. Below are what to know about the card as in digital and physical card.

A digital Card and a physical card
With a shiny, laser-etched titanium card with an Apple logo may feel like an ultimate status symbol, but Apple card is a mobile optimized for all your payments. Thus, Apple card can be used as optimized for mobile payments at anywhere that takes Apply Pay which comes with some pretty huge incentives to do.

That’s because some of the purchases that are made through Apple Pay, be it apps or at businesses’ NFC terminals – earn 2 percent back in “Daily Cash” rewards, while old-fashioned credit card swipes only earn you 1 percent. 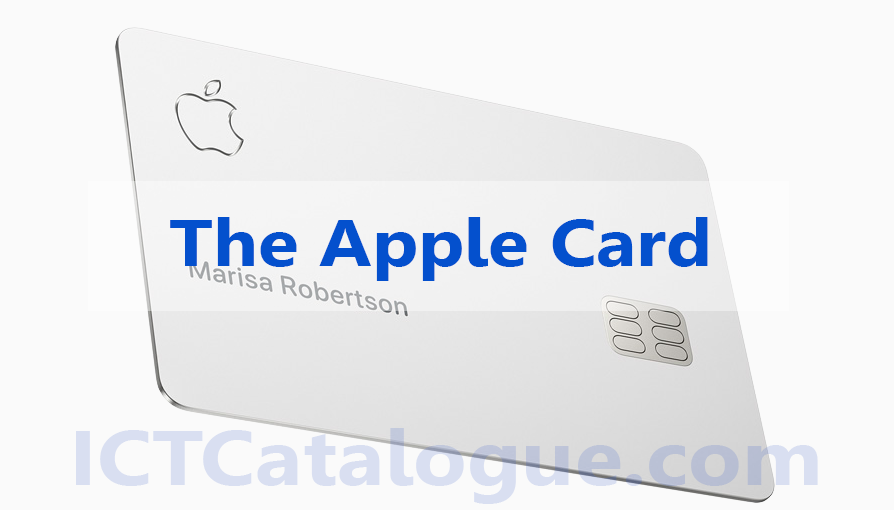 What you should always keep in mind is that, if you are already a fan of Apple Pay or tend to shop at some of the major retailers and other offices that take NFC payments, then it likely won’t be a big deal to keep your actual card in your wallet and use your Apple phone rather in the convenient way. And if you spend a lot of money at restaurants or other local businesses that do not accept Apple Pay, then you will have a difficulty in increasing your rewards from Apple.

Stress free – There’s no need to worry about the actual card number
Talking of the physical card in particular, one of the more interesting features of the card itself is that it has no numbers on the front nor the back. While this helps to give the physical card an Apple-worthy minimalist look, it’s useful in a practice sense.

Because your credit card number is generated in the Wallet app, this means you can change the digit on your own, without needing to make any phone calls or have a whole new card given by Apple. With this, the moment you might hear about a retailer with a big credit breach, you can simply go into the Wallet app and get new digit. Also, another useful of this Apple Card is that when on a website or app that do not accept Apple Pay, you can just enter your credit card number to make everything easier for you. Safari browser users on iPhone or Mac have the advantage from the browser filling their credit card details for them automatically.

The Daily Rewards – What To Know

The Daily Cash is the reward program that comes with Apple Card. Everything is well explained and enticing based on how you spend and your spending habits. As said earlier, you will receive 3 percent back on purchases from Apple, 2 percent back on all Apple Pay transactions and a 1 percent whenever you pay with the physical card. This is worth repeating as it’s going to let you use Apple Pay more if you really want to increase your rewards. 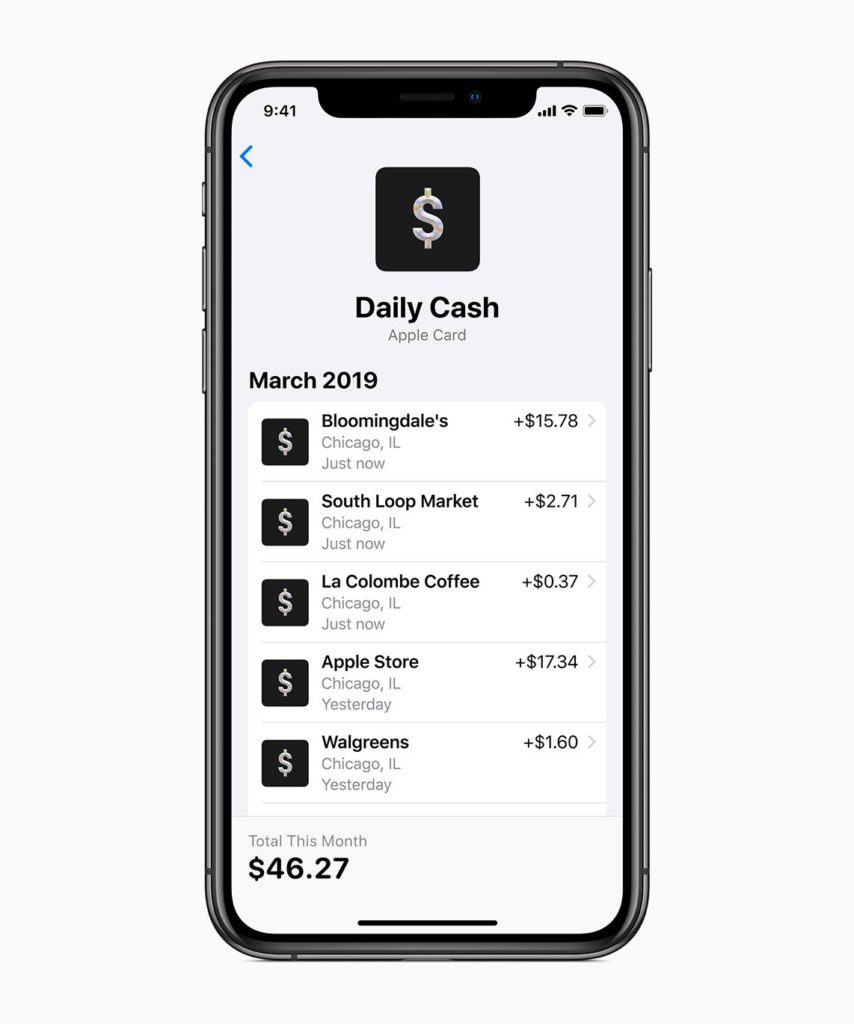 But there’s another aspect Apple hopes will set it apart from other rewards programs: you get those rewards each day. While most credit cards require you to wait until the ned of the month to cash in on awards programs, Apple Card makes Daily Cash available at the end of the day, when funds are deposited to an Apple Pay Cash card.

You can then put those funds towards your overall balance, or use it like cash for future purchases. You can also use it to send money to friends with Apple Pay Cash, much like you would use a Venmo balance.

Apple Card – Everything About The Apple’s New Credit Card.

You can’t add authorized users
This might come as a surprise, considering Apple has been hyping Family Sharing for most of its new services, but if you get the Apple Card, you will not be able to add a family member as an authorized user.

While not a major dealbreaker, it’s a drawback if you tend to share accounts with a spouse or other family members.

Keeping track of your spending
One of Apple’s big selling points of its new credit card is that it aims to improve financial health by making the information around payments and transactions easier to understand. When you look at your transaction history, the app will pull in information from Apple Maps to make merchants easier to identify. The app will also help you understand your spending habits with color-coded charts that will look familiar to anyone who has used a budgeting app like Mint (it also looks a bit like Screen Time except with financial data in place of apps.) 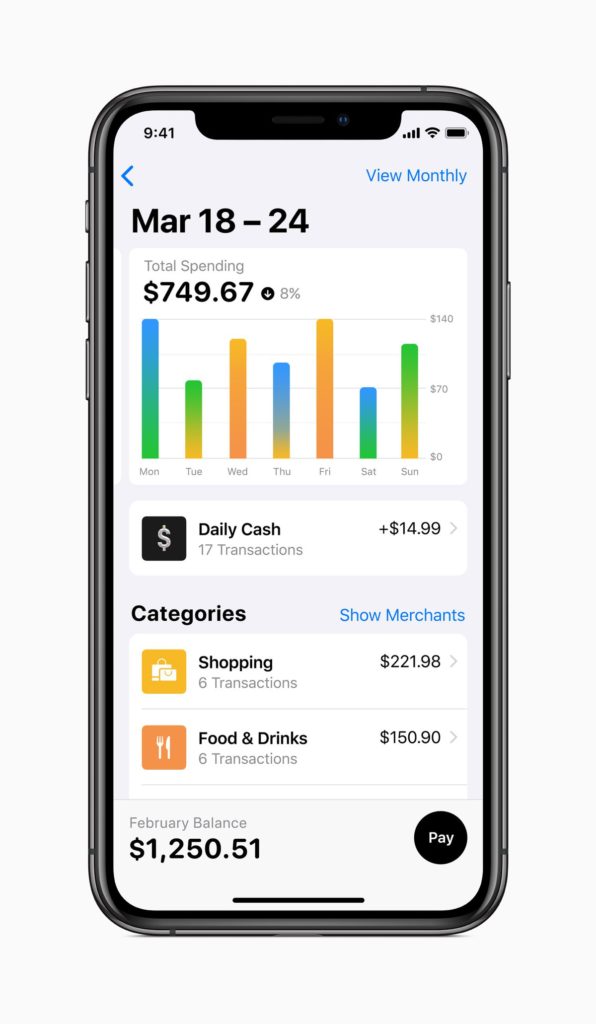 In the era of paying for something, the Wallet app also uses chart that is going to help you get the understanding of how much you are going to end up paying in interest if you don’t pay your full balance.
Apple Card also doesn’t charge fees for late payments because it’s eliminated the fees associated with many credit cards. There are no membership fees, foreign transaction fees, or late fees.

What about interest rates?
One of the most important details about any credit card — and one Apple didn’t say much about during its event — is the interest rate. The company said that it expects its rates to be “among the lowest” in the industry, but stopped short of sharing specifics onstage. If you read the fine print, though, Apple says it expects Apple Card interest rates to range from 13.24 percent to 24.24 percent.

That’s a fairly wide range, and your exact rate will vary based on your credit score and other factors. But while the high end of that range isn’t especially competitive, one expert who spoke with CNBC said it likely means the card will be available to those with less than stellar credit (Apple hasn’t shared specifics on what credit scores would be eligible for Apple Card). So, factor this in to potential decisions. As with most cards, the better your credit, the more likely you are to get a favorable rate — and it’s always a good idea to regularly check how much you’re paying in interest if you don’t pay your balance in full.

In summary, Apple Card – Everything About The Apple’s New Credit Card and ICT Catalogue reports to you today and we hope you help us share this post across.