A Wall Street Firm Figured Out How Much Money Google Will Sacrifice By Cutting Off Huawei. Recently was when Trump’s administration blacklisted Huawei which led Google to pull its Android license from the smartphone manufactures from China – ICT Catalogue reports from Business Insider.
The decision made by Google to cut off the Chinese mobile giant would cost it as much as $425 million of revenue annually.

That was an estimate made from the research by a business firm Nomura Instinet, which crunched the numbers in response to the news that Google will no longer give Huawei its Android mobile software license.
This decision wasn’t made by Google in anyway though, but came all of a sudden from Trump’s administration placing Huawei on a blacklist this month, making it impossible for companies in U.S to transact business with smartphone and telecom giants from China.

That means the new Huawei devices that will be coming to the mobile markets around the world will no longer be able to run the version of Android that comes with all the new security patches, downloading of apps from Google Play store or access cutting-edge Google services like Assistant.

Huawei in action to end up with Google Play store, of which Google owns a 30% share of every transaction, is where Google shall lose the most from this breakup. Instinet pegs the general range in potential lost Play Store sales for Google between $375 million to $425 million.

The biggest impact will be in Europe.
Instinet estimated that Huawei currently has around 500 million smartphone users worldwide.
But 52% of Huawei phone owners are in China, where Google Play is not available, according to Instinet’s estimates. So Google would only feel an impact in markets – like Europe and Asia (excluding China) – where it profits from app sales today.

Huawei “Switchers” will make a difference
That blow would likely be softened, they wrote, because some users will switch to phones from one manufacture to the other to be able to access a fully-loaded Android experience. According to the announcement made by Huawei, it was developing its own operating system to replace Android on its devices, but experts are highly skeptical that the consumers will be reacting to the switch positively. 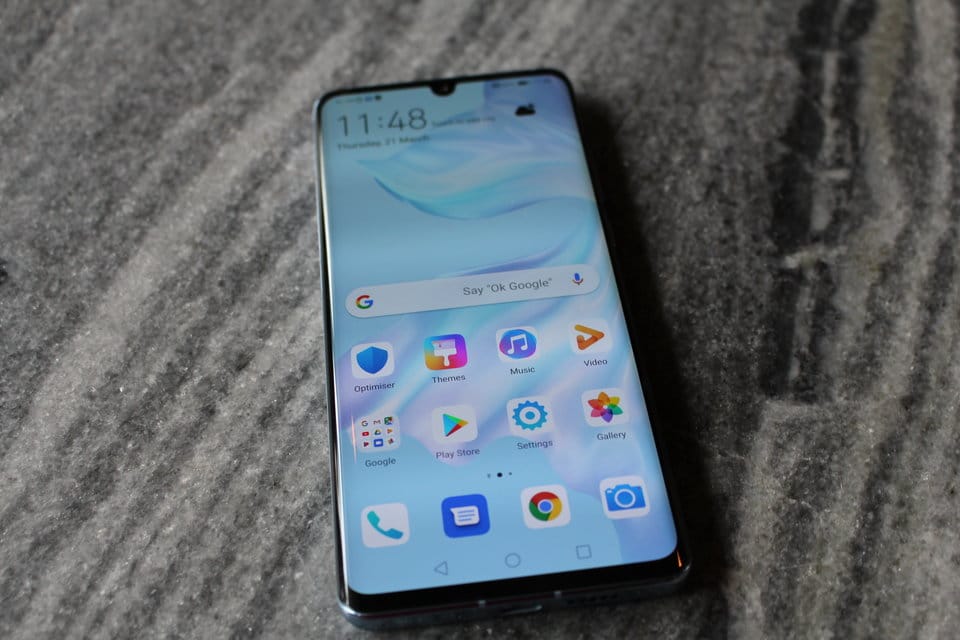 “You can build a different OS… but what are consumers going to do for search, for maps, for YouTube?” Carolina Milanesi, Principal Analyst at Creative Strategies, told Business Insider in a recent interview. “All of these things have alternatives, but why would I do that? It’s not like Huawei’s phones are that amazing that I would forego all the services I’ve been using for years.”

Colin Sebastian, Senior Equity Research Analyst at Baird & Co., told Business Insider that he thinks “most impacted [Huawei] users” will start looking to switch to devices made by other companies.
“My general assumption is that since there aren’t really viable alternatives to Android Google apps (except for Apple), then most impacted users would migrate to other Android devices,” Sebastian said. “Obviously there could be a transition period, but my guess is it would happen pretty quickly.”

Others including the Managing Director at Wedbush Securities Dan Ives, are thinking Huawei will lose some market share in places like Europe, but that it won’t be a doomsday scenario for the world’s second-largest smartphone manufacture.

It terms of revenue losses for Google, Ives has estimated that it will be closer to $150 million to $200 million per year. And for a company that brought in over $130 million in revenue in 2018, Ives said these upcoming losses are a “rounding error” for the tech giant and that “ultimately the bark may be a lot worse than the bite.”

Thanks for reading on ICT Catalogue and I urge you to help us share this post across the various social media sites: Facebook, Twitter, Instagram and more. A Wall Street Firm Figured Out How Much Money Google Will Sacrifice By Cutting Off Huawei.